NIBBLES
BYTES
​Moshe Sipper is a professor of computer science at Ben-Gurion University of the Negev, Israel. He received the B.A. degree from the Technion — Israel Institute of Technology, and the M.Sc. and Ph.D. degrees from Tel Aviv University, all in computer science. During the years 1995–2001 he was a senior researcher at the Swiss Federal Institute of Technology in Lausanne. Since 2016 he has been a visiting professor at the Computational Genetics Laboratory, Perelman School of Medicine, University of Pennsylvania. His current research focuses on evolutionary computation, machine learning, and artificial intelligence​. At some point or other he also did research in the following areas: bio-inspired computing, cellular automata, cellular computing, artificial self-replication, embryonic electronics, evolvable hardware, artificial life, artificial neural networks, fuzzy logic, and robotics.

Dr. Sipper has published close to 200 publications including three research-related books: Evolved to Win, Machine Nature: The Coming Age of Bio-Inspired Computing, and Evolution of Parallel Cellular Machines: The Cellular Programming Approach. He has supervised 25 graduate students. He is an associate editor (and area editor for games) of the journal Genetic Programming and Evolvable Machines, and was an associate editor of the journals: IEEE Transactions on Evolutionary Computation, IEEE Transactions on Computational Intelligence and AI in Games, and Memetic Computing. He organized and chaired several conferences and has served on the program committees of close to 130. He has also served as a reviewer for close to 40 journals and funding agencies and taught numerous basic and advanced courses in computer science, both undergraduate and graduate.

He is the author of four works of fiction (three novels and an anthology): Fredric: A Collection of Flash Fiction, Daniel Max and the King in the Tower, Xor: The Shape of Darkness, and The Peaceful Affair. He is also a cartoonist and has been known to rap. These are some of his musings regarding science, research, and complex systems, and this is his first program, written in Fortran and run on a CDC mainframe using punch cards. 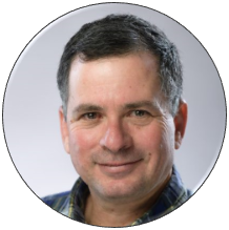